A new sports hub is planned for development in Mernda.

The proposed site is on Plenty Road, Mernda, to the North of Bridge Inn Road. 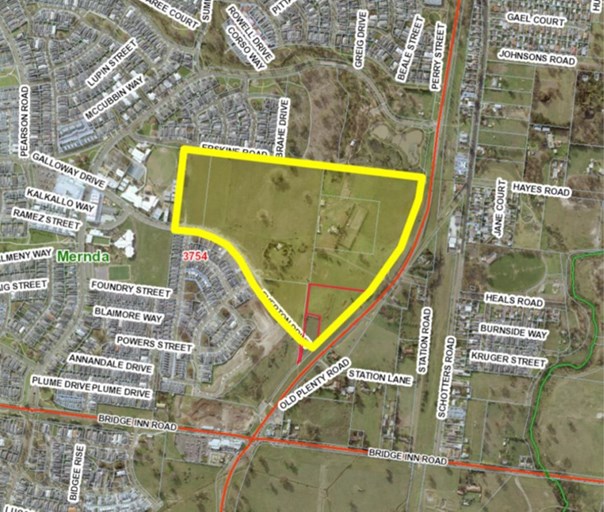 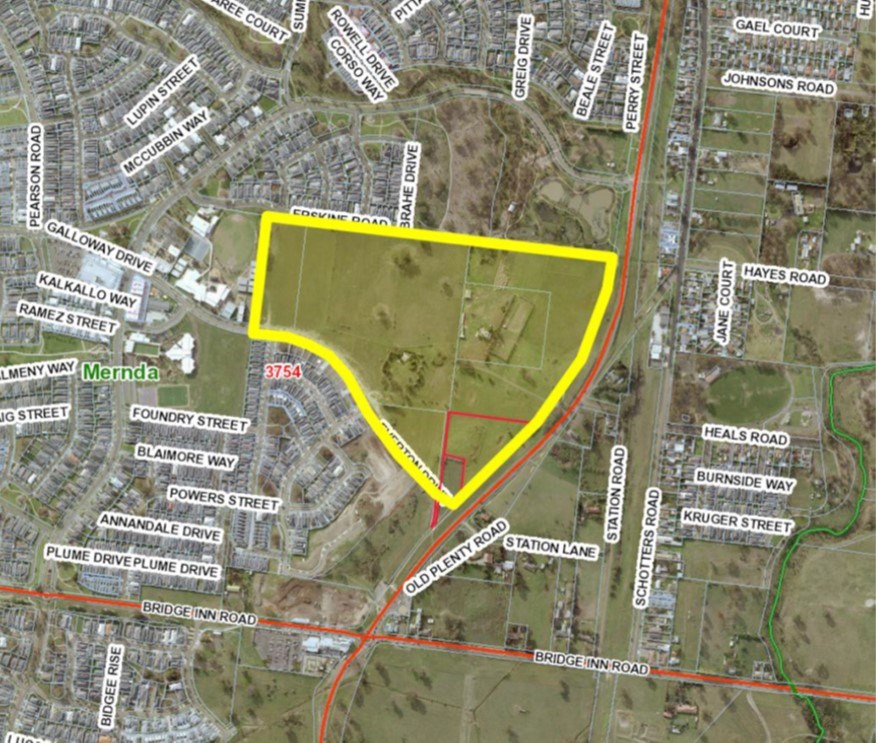 In 2011 Council endorsed a masterplan for the development of a sports hub which is proposed to include:

In May 2017 we asked you what you would like to see included in the aquatic facility design.  This feedback helped us develop the Mernda Aquatic Centre Planning Study, which was completed in February 2019.

At its meeting on 12 February, Council endorsed the preparation of a business case on two of the aquatic centre options.

On 6 March, Council received costings for the inclusion of a 50-metre competition pool in addition to the business case.

On 6 August, Council resolved to defer a decision on facility options for the aquatic centre until the overall Sports Hub master plan has been revisited.  This work is planned for 2020 in conjunction with the planning for the indoor aquatic and sports centre.

On 10 December, Council adopted the Whittlesea Netball and Basketball Plan 2019-2041 which endorses the construction of six indoor and eight outdoor sports courts at the Mernda Sports Hub site as a short-term high priority.

On 17 December, Council resolved to further consult with the community regarding the provision of aquatic facilities within the Centre, and whether to include the indoor netball and basketball courts as part of stage one of the project.

Council’s wishes are to ensure that the facilities and amenities at MAISC suitably reflect the various health and wellbeing needs of our diverse community.