Description:
In conversation with military historian John Howell. In November 1915, a woman appeared amid the fighting at Gallipoli. She laid a wreath on a grave and then disappeared. Who was she?
Date:
Thursday, 7 October 2021
Time
2:00PM — 1:00PM
Location:
Online via Yarra Plenty Regional Libraries
Contact:
Cultural Heritage Coordinator
Phone:
9217 2174
Cost:
Registration
Register here

In November 1915, a woman appeared amid the fighting at Gallipoli. She laid a wreath on a grave and then disappeared. It was the grave of an Anzac killed at the landings and later regarded as a hero and awarded the Victoria Cross.

Was the visitor a dedicated nurse and hospital founder who saved the lives of thousands in a 50-year career - a woman awarded medals by Britain, France and Turkey? Or was it a famous explorer, fluent in Arabic and Persian, a friend of the famous including T E Lawrence and Winston Churchill and the only female delegate among thousands at the Paris Peace Conference in 1919?

Who was The Only Woman at Gallipoli?

Join military historian John Howell, author of The Only Woman at Gallipoli to learn more about this fascinating story.

This is an online event via Zoom. A link to join the event will be emailed to you prior to the session. The Only Woman at Gallipoli

Visit the website to get involved and stay connected. 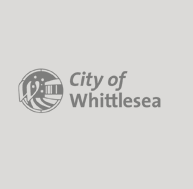 You can submit your community event by filling in a form