The Housing Diversity Strategy will set out the strategic direction for future housing growth and change in the City of Whittlesea.

Over the next 20 years the established suburbs of Lalor, Thomastown, Mill Park, Epping, Bundoora, parts of South Morang and Whittlesea Township are forecast to change, resulting in the need for a greater range of housing types.

The Housing Diversity Strategy will ensure there is a greater choice of housing available to residents in these suburbs and that housing growth occurs in the right way and in appropriate locations.

Adopted in December 2013, this strategy:

The Housing Change Areas describe the level and type of housing growth and change for each area and are based on a capacity assessment of accessibility to services and facilities, as well as physical and site attributes. 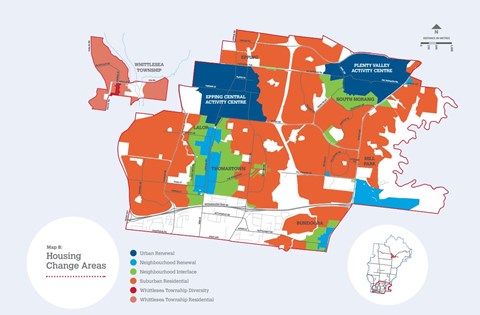 In July 2013, the State Government introduced Reformed Residential Zones which include:

Council's were given until July 2014 to transition the existing residential zones to the new Reformed Residential Zones.

The new zones provide councils with the ability to identify preferred locations for housing growth (including areas where intensification should not occur) and apply local variations to the zone schedules to articulate preferred housing types and design.

The Housing Change Areas identified in the Strategy will inform Council's transition to the RRZ in the established residential areas of the municipality. 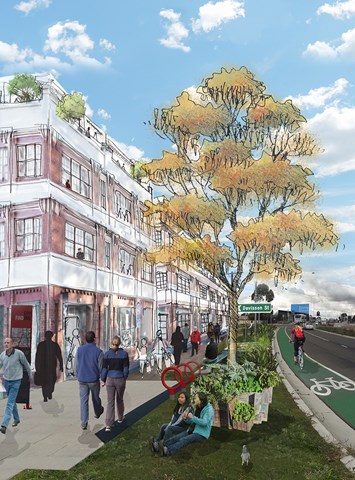 Implementation of the Housing Diversity Strategy will include 2 Planning Scheme Amendments.

This first amendment implements the Housing Change Areas into the Whittlesea Planning Scheme in the form of the Reformed Residential Zones.

From 13 March to 14 April 2014, the community was invited to submit feedback on the proposed amendment.

Following that, Amendment C181 underwent a public hearing process conducted by the Residential Zones Standing Advisory Committee, which resulted in their recommendations to the Minister for Planning and the subsequent approval by the Minister with variations on 22 October 2015.

Following the outcome of Amendment C181, a review was undertaken to identify suitable statutory tools to further facilitate the implementation of the Housing Diversity Strategy. On 3 April 2018, Council resolved to seek authorisation to prepare and exhibit Amendment C200.

Amendment C200 sought to change the way residential development is assessed in the established suburbs including Bundoora, Thomastown, Lalor, Mill Park and parts of Epping and South Morang.

From 4 June to 2 July 2018, the community was invited to submit feedback on the proposed amendment. Subsequently, the amendment was approved by the Minister for Planning on 9 May 2019.

The amendment is expected to enhance the liveability of neighbourhoods by: