Mill Park takes its name from the property of George and Francis Coulstock who built and operated a flour mill on the Plenty River in the 1840s. In 2015, it is estimated 24,700 people live in Mill Park with an expected increase of 4 per cent by 2036 to 25,700.

This place snapshot provides a summary of future development in the Lalor area for current and future residents, business owners, investors and community groups.

You can also download this information as a document (PDF – 870KB ). 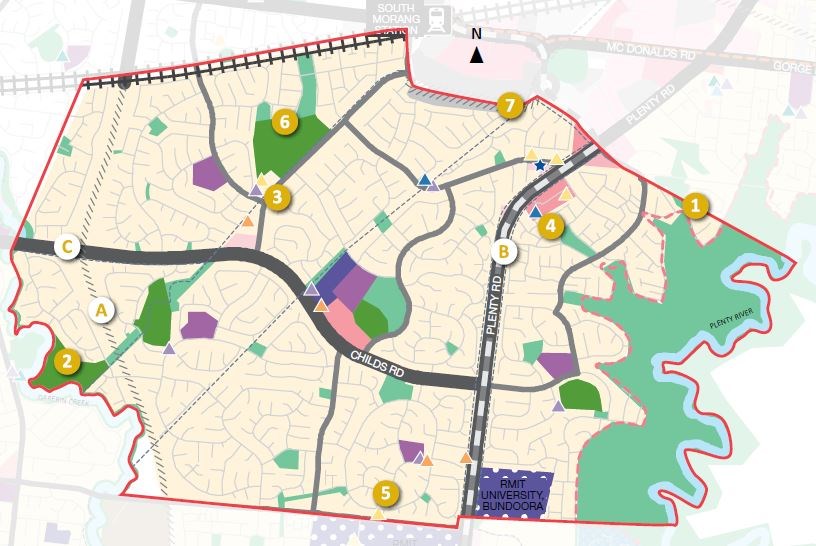 The suburb of Mill Park is split into 2 precinct areas: Mill Park and Blossom Park.

Mill Park takes its name from the property of George and Francis Coulstock who built and operated a flour mill on the Plenty River in the 1840s.

They sold to the Hon. Henry Miller, MLC, who bred racehorses and conducted a range of dairy and grazing activities at his property named The Findon Hounds and the Findon Harriers Hunt Club’ until 1930.

Residential development began in Mill Park in the 1970s.

Mill Park covers an area of approximately 9 square kilometres. It is primarily a residential area, with some commercial land areas. Rapid residential development took place from the 1980s into the early 1990s.

The largest increase in population growth between 2015 and 2036 will occur in the 60 plus age group with an increase of 47 per cent.

Forty per cent of residents speak a language other than English at home and the most common languages spoken are Italian, Greek, Macedonian, and Arabic.

More residents work in the manufacturing and retail trade industries compared with any other industry.

Seven out of 10 residents drive a car to their place of work. Sixty-three per cent of households have access to 2 or more motor vehicles.